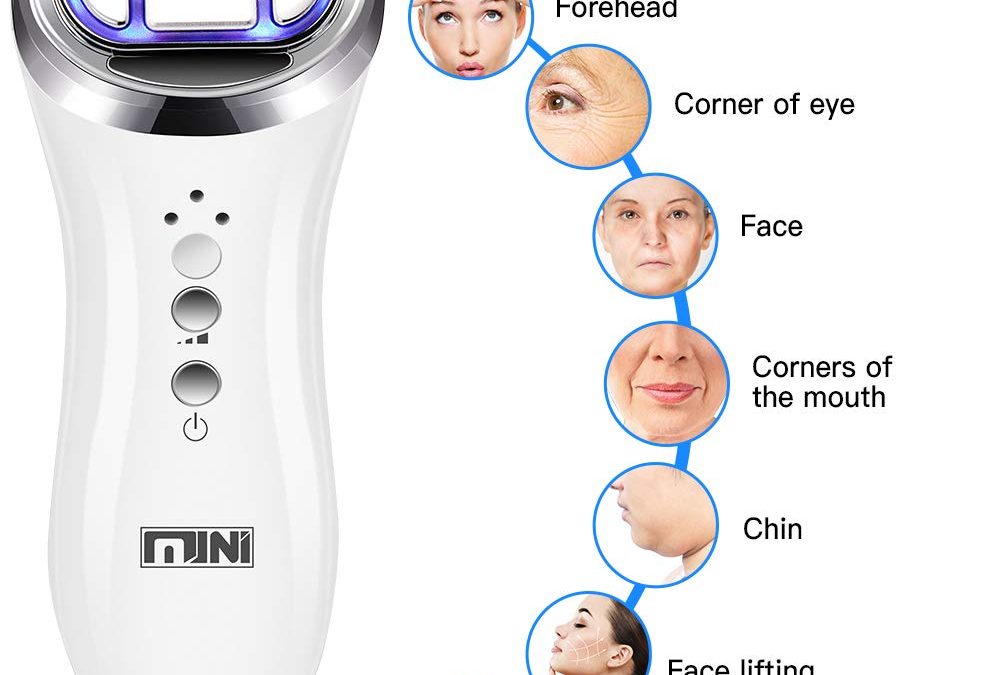 Hey it’s really great to see you today . In today’s video i am going to be using one of my all-time favorite little devices, which is the home use mini hifu device. now you guys who have been following me
for a while, you know that my ultimate machine is the radio frequency device that i use, the reason that i love the mini hifu is because it combines the high intensity focused ultrasound along with radio frequency, but on this device you can see that there are two crescent shapes, one either side of the center square, the center square has got a small divot in it. this is where the high intensity focus ultrasound comes from, and then each of these crescents puts out radio frequency. now there’s confusion out there there’s misleading information saying that these devices aren’t hifu they’re purely radio frequency. this device does indeed have high intensity focused ultrasound, i’ve been using this device now for a good eight months, i’ve done the tests with the water test, i’ve done the foil Test. 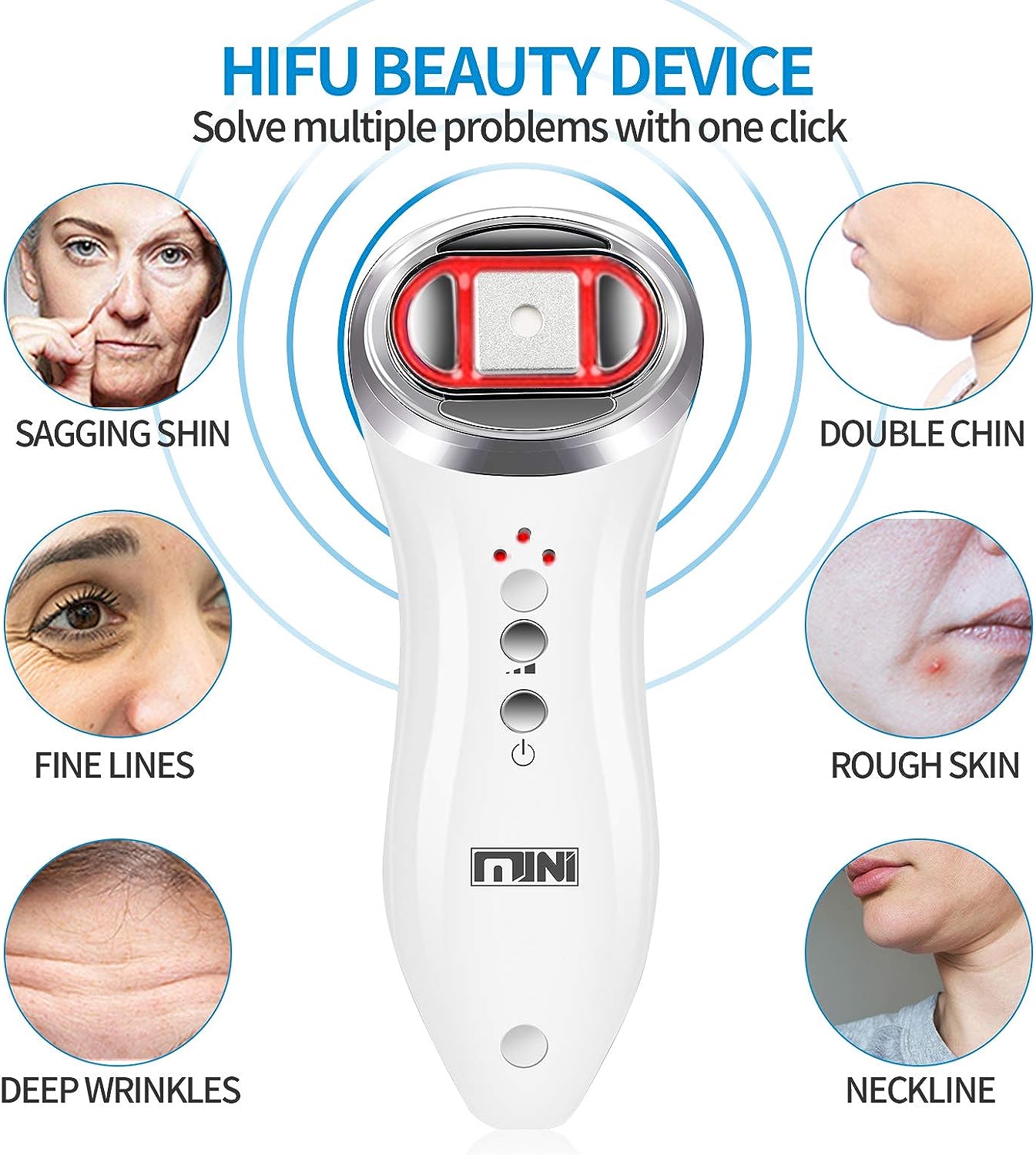 Now in my past videos you’ll have seen me do two different techniques, i do a static technique which is where it’s held in place and then moved, spot by spot or there is the sliding technique which is basically having it in motion whilst using it. i get a lot of questions about this about which technique is best, and to be honest i’ve used both of them over the last six to seven months, they’re pretty much identical in the
results that you get with it. another question that i get asked with this is how often can you use it, a lot of that boils down to personal preference. now these home devices as i mentioned they are not as strong as what you’ll get at plastic surgery clinics at dermatologists or in beauty salons, but they still have radio frequency in them, and radio frequency can cause facial fat loss. so for me i personally like to use this once every 4~6 weeks, it depends how my skin is looking and feeling. when i first started out with it, i was using it twice a week for the first six weeks, then i moved on to once a fortnight for the six weeks after that. and now i am on maintenance which is once every 4~6 weeks, so what i’m gonna do now is i’m gonna do a quick treatment to my face. i’m gonna do the swiping motion and this literally takes me 10 minutes, i stick to level three which takes me 4.5 millimeters deep, which is where the smash layer is that’s the area, that i really want to focus on to make sure that it’s toned and tight, and keeping this face from hitting the floor. 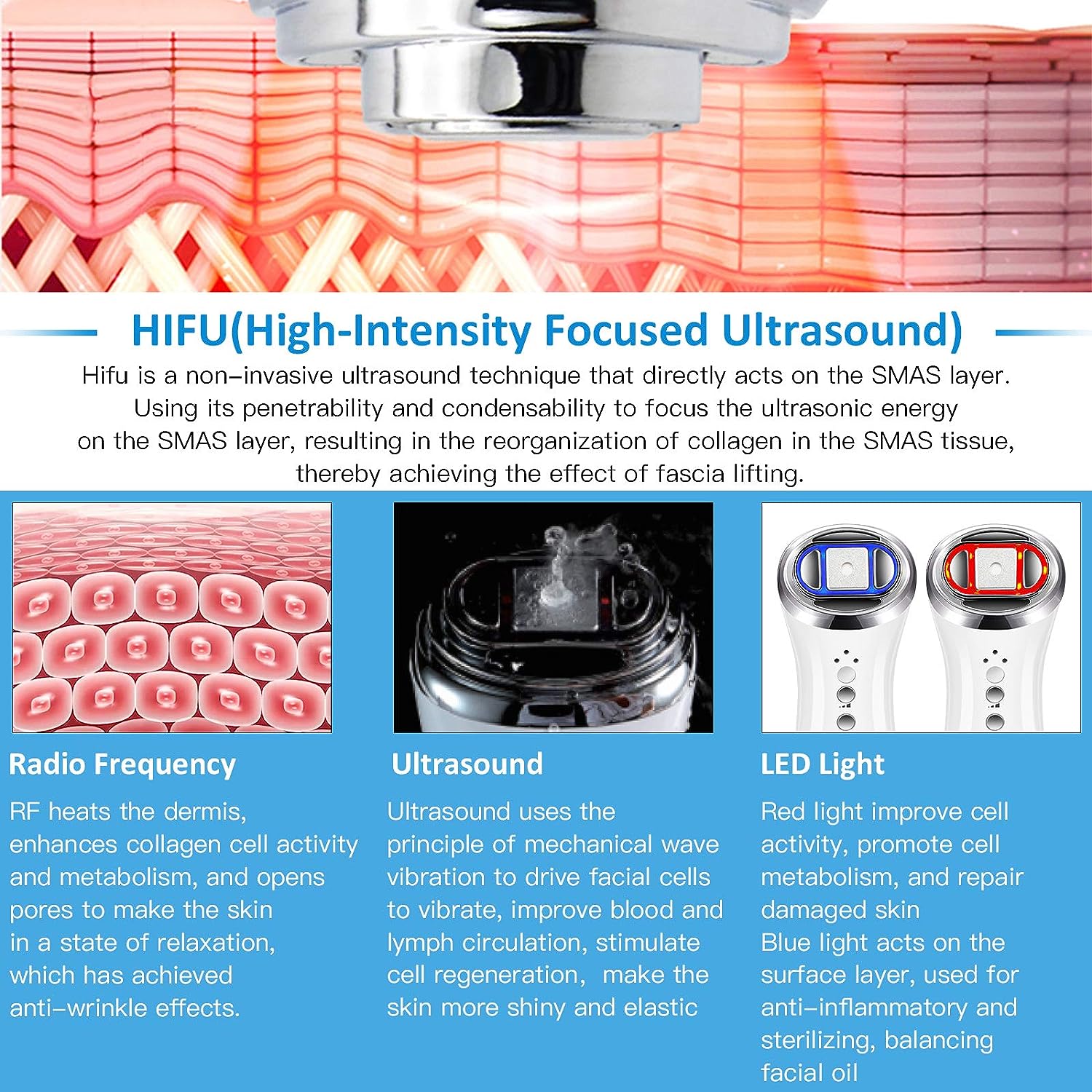 Power the device on when it turns on. it’s blue when it’s active, it turns red. each time you want it to work, you push the power button, it will beep three times while it’s beeping it’s active.

This side just follow the jawline, you do feel warmth the warmth is definitely deeper in the skin, it’s not on the surface of the skin. so one thing you might notice when you’re using this machine, as well is that you’ll get a weird high-pitched, it’s almost like a hissing noise, and it’s inside your ear where the sound from the high intensity focus ultrasound, is passing through the tissue and like it’s been picked up in the ear. again that’s another indicator of a genuine device, down to up and this really is just a very quick treatment today. 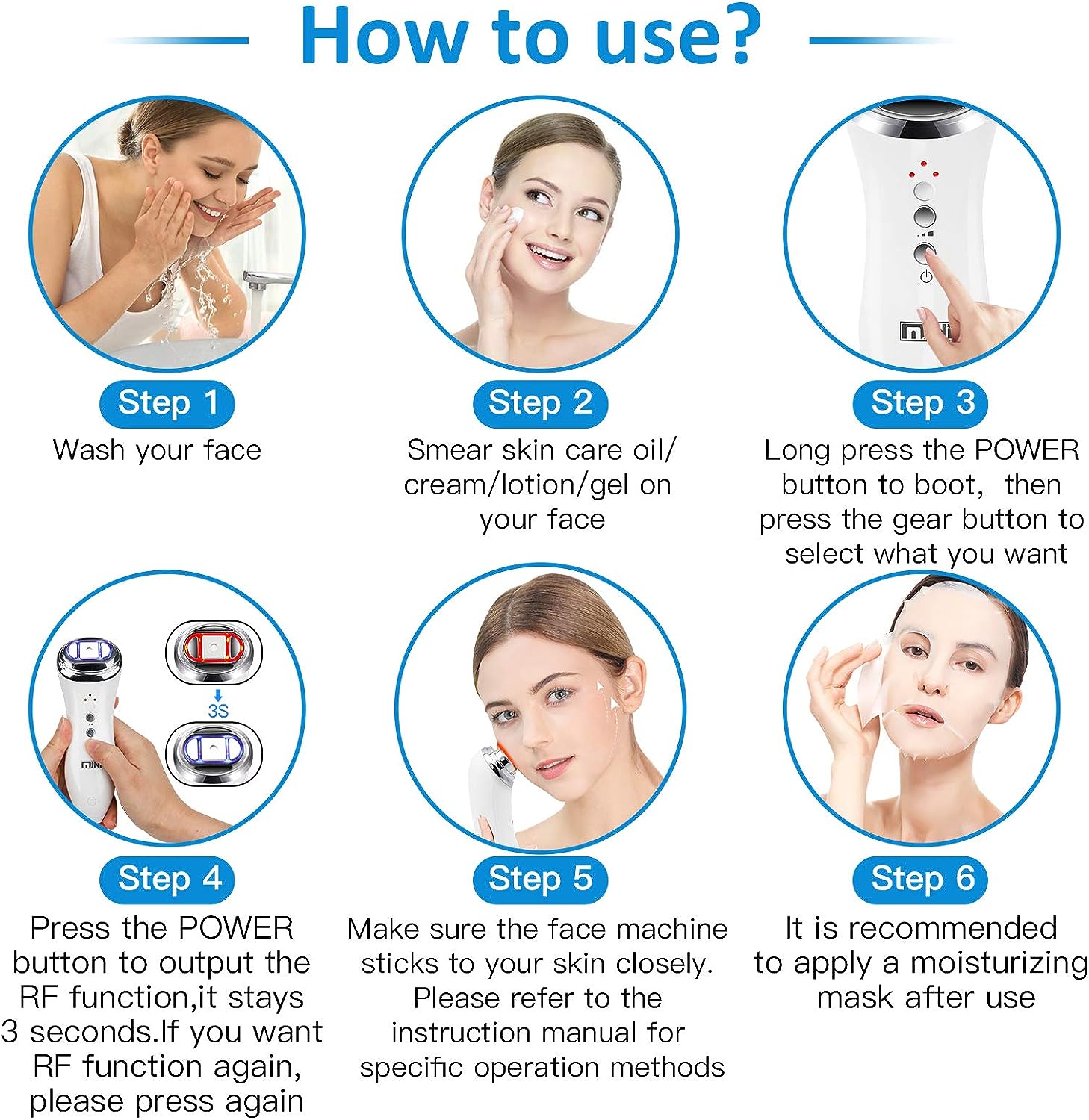 Normally when i’m doing this treatment, i will spend a good 20 to 30 minutes doing my full face, i actually treated myself just two weeks ago. but as i get so many questions, i figure that the easiest way for me to answer them is to just run through what i’m reading, use it myself again and then yeah i can answer you easier. so you’ll notice that there’s a continuous beep here, it’s just because i’m pushing the button after the third beep each time. well the fourth beep sorry.

So as you guys who have been following me already know i have quite a lot of pdo threads in my face, i’ve got the mono threads, i’ve got cogs in my face. this really has no impact on them, whatsoever i actually have some threads in my knee, and i’ve been testing the radio frequency and the hifu over the top of it, now for the last three months, in the other knee, i also have threads, i haven’t been treating over the top of those. they’re palpable, i can feel exactly where they are and yeah there’s really been no breakdown of the treated side against the untreated side. okay so i’ve briefly covered my face, this is a fraction of the time that i would normally spend on it. even just after that super quick treatment, i can feel my skin is getting a little bit tighter, it’s feeling firmer. 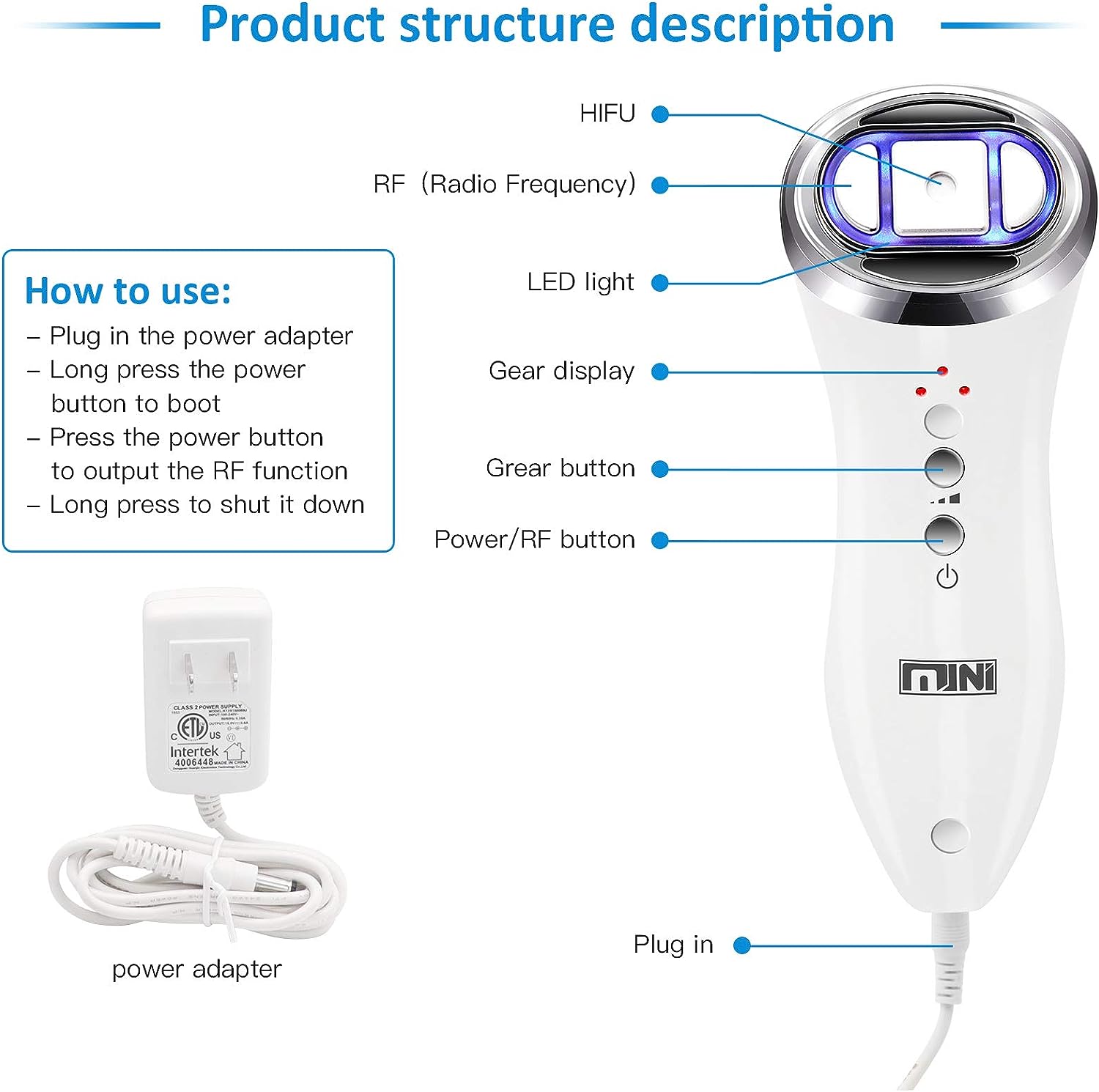 This is one of the things that i love about this device with the genuine devices. such as the one that i have, they do have hifu in them, ignore anyone that says they don’t have hifu they do, they’ve also got radio frequency built into them, so you are getting two different mechanisms, at once yes it’s true. it’s difficult to tell whether it’s the radio frequency working or the hifu working, at the end of the day, if you’re getting results that’s all that really matters. anyway guys if you’ve got any more questions about the mini hifu, feel free to drop them in the comments section down below. if you found this video useful, make sure you give it a like. 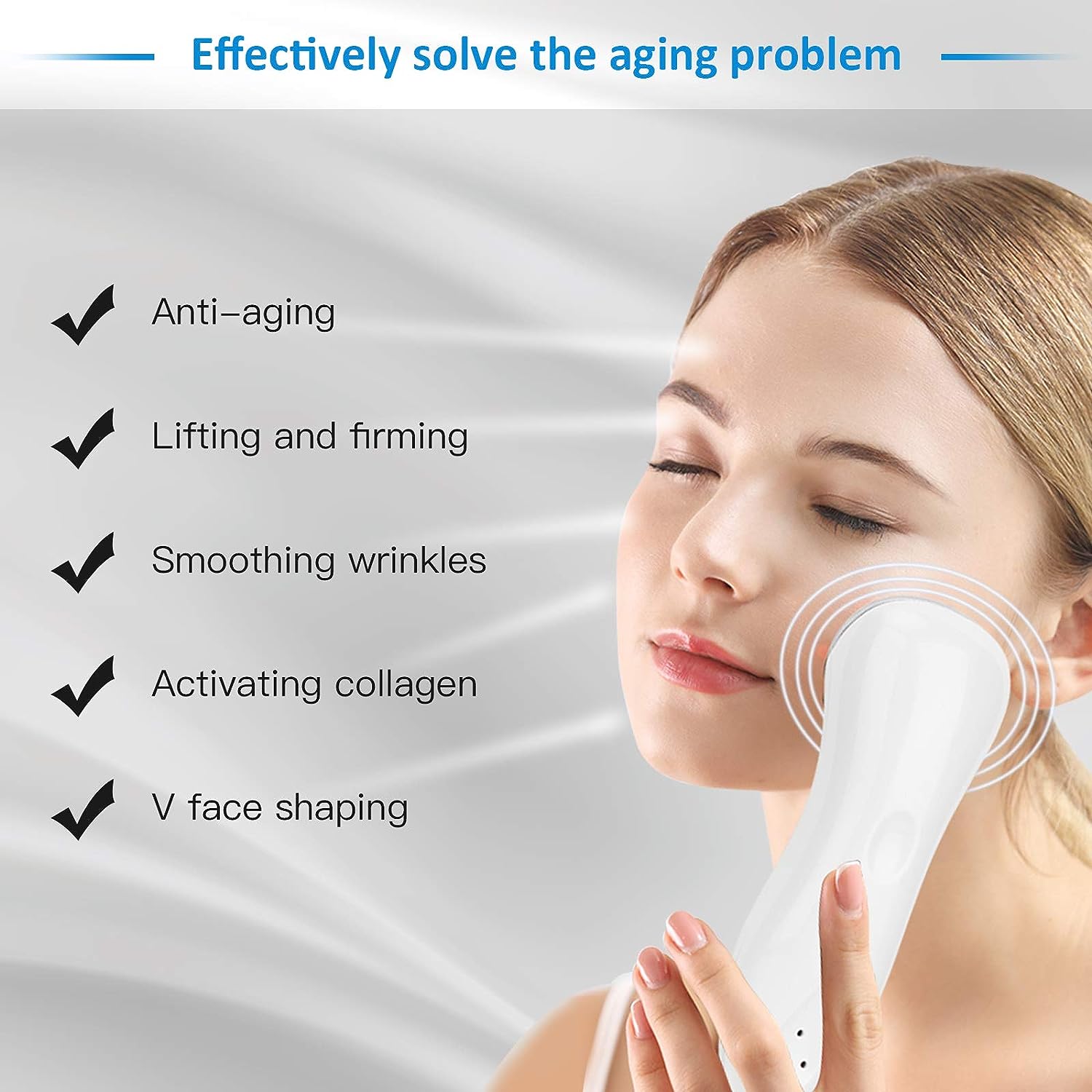